We asked Mason to talk us over 10 tracks from his extensive discography. From his first ever release, to THAT ‘Exceeder’ track, to his Toolroom debut, these are his top 10 records that stand out the most to him… Including ‘Loosen Up’ out now on Toolroom!

The first record I ever released, and it kinda set the tone for what I want to do as Mason. Music that’s different from what’s already out there and completely ignoring anything that’s trendy. It was a little hit in the scene here in The Netherlands, but above all I’m still nostalgic about it, as it brings back so much early memories of us organising weird parties all around Europe.

I made this track initially with Azaelia Banks. She then had twitter meltdown where she made all sorts of racial and sexual comments that made me feel uncomfortable continuing to work with her. And there was Stefflon Don, this super talent on the brink of breaking through, and we finished this record together in a heartbeat. It then got used as the theme song of America’s Next Top Model, and a whole bunch of ads, which lead to a release on Island Records.

Super old, and it definitely wasn’t a big success or anything, but still one of my personal favorites that I still tend to play from time to time. Quite soothing, chocolate like.

I can’t write about my milestone records without mentioning Exceeder. It was my third release as a producer and flipped my world pretty much upside down and sent me on a non-stop touring trip for the next years to come. Above all, it also brought me an audience I could present my other musical ideas to, so I’ll be forever grateful to that record.

Jem Cooke is one of these uber talents you don’t come across that often. I had rented this awesome studio in London for a week, and after we had multiple coffees (me), discussed life (both), did yoga exercises (her), we made three tracks in a heartbeat.

Mason – Rhythm In My Brain

My first single on Toolroom Records last year. I just wanted to grab the essence of a House tune like I need them when I do shows. A record I was missing in my own record bag, so decided to make it myself. Eazy duzzit. It also kicked off a more intense collaboration with Toolroom, that led to the upcoming album that’s coming out September 4th!

I did this pretty off-the-beaten-track series called the Nite Rites a few years back on my Animal Language label. The records were released one each full moon and numbered. This one stood out for me, although I have no idea how to pick a genre for this kinda stuff. My kinda stuff I suppose.


Thrilled to kick off my upcoming ‘Frisky Biscuits’ album with this single. Above all I’m a DJ (for 25 years now) and there’s nothing more fun than warming up and creating a vibey and cozy atmosphere on the dancefloor before the mayhem kicks off. This is one of those records made for that purpose specifically.

Somewhere in the last decade I had been going through a rough patch and decided to throw away a lot of gear and kinda start over fresh in my studio. The first thing I wanted to make was a festival soundtrack. Something that catches what open air events are about in my opinion. The smell of portable toilets, combined with plastic bear glasses and mud. But above all the rioty sunset dancefloors that don’t give much fucks about anything else than raving.

It was extremely inspiring to be able work with a talent like Roisin. I have always been a big fan of her (well who isn’t, right?) and her creativity in the studio was quite mind-blowing. Possibly my only song that refers to a historic female warrior, but who knows what the future might bring (‘Joan d’Arc’ hasn’t been done yet)

Mason Feat. The Melody Men – Loosen Up (Including Illyus & Barrientos Remix) is out now! 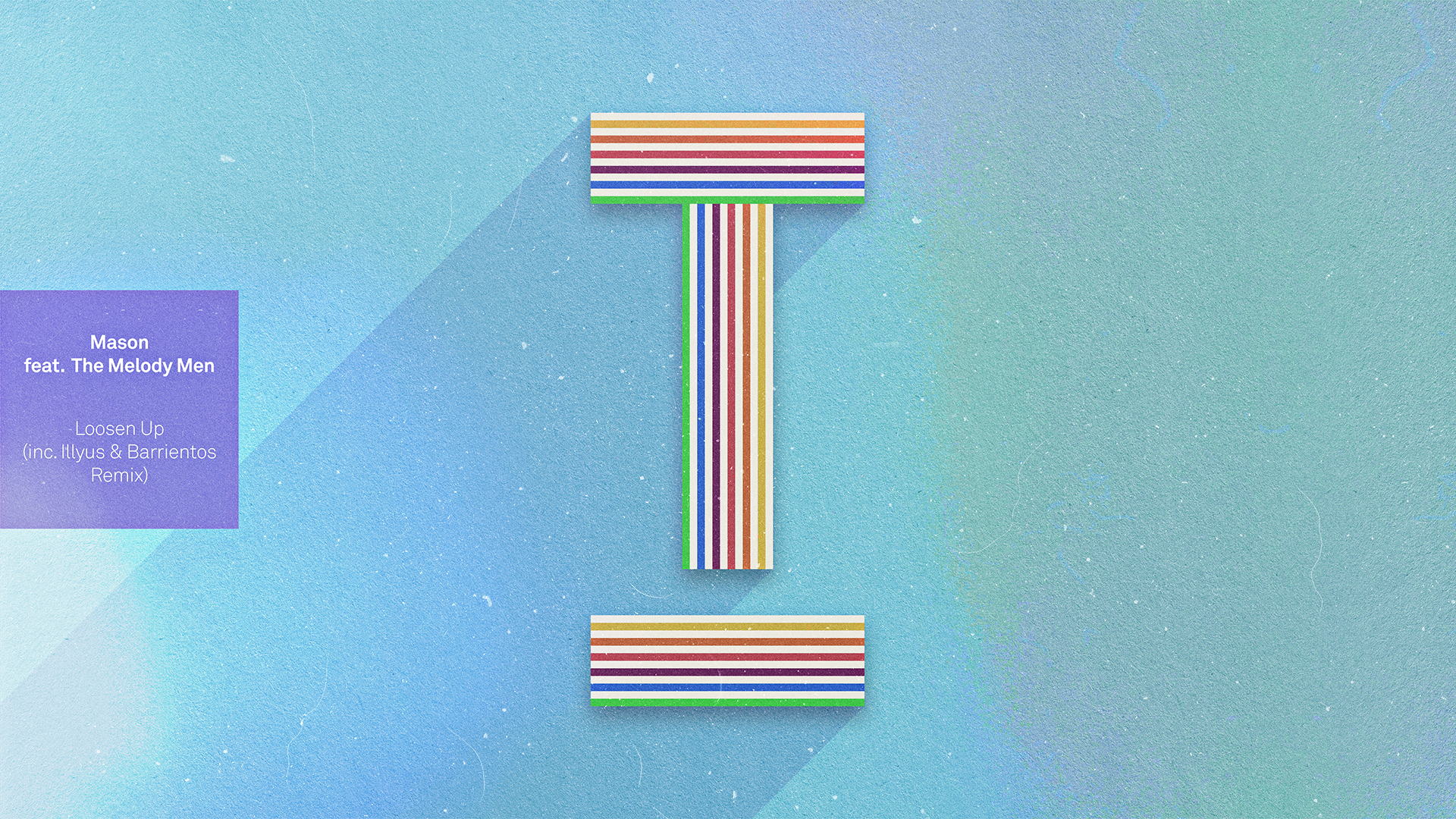