When discussing the world’s premier destinations for House music, you’re likely going to be told of the usual suspects…as you surely have many times before.

Whether it be holidays in Ibiza, after hours in London, or trips across the pond to Detroit, there’s a clear hierarchy by which most House music fans tend to rank various cities around the world.

And yet, to the surprise of absolutely nobody, mainstream ideas about culture have failed us all once again.

While there is certainly nothing wrong with any of the above destinations (we’ve had a longstanding Toolroom residency in London for many years) it’s important to remember that when looking to many of the most renowned music scenes on the earth, you have to hone your perspective a bit and look to places you may least expect.

One country that has been absolutely instrumental in the development of our music is that of Scotland, particularly its capital city of Glasgow, and it should be no wonder as to why. Over the years, Scottish House Music has carved itself out as a unique niche within our scene that is well and fully deserving of the spotlight.

For better or for worse, to those living outside of the U.K., artists from England, Scotland, and Ireland all tend to blend together.

Granted, we can’t dish out much hate for this. After all, if we were to ask you if Solomun is from Bosnia or Serbia, would you answer with accuracy? How about where exactly in the USA Phuture hails from?

While regional nuances are often swept under the carpet, we think it’s incredibly important to highlight how Scottish cultural identity intersects with artists, clubs, and the music itself that comes from our northern neighbor.

For instance, some of the biggest names to ever emerge in House are from Scotland. Aside from obvious picks like Calvin Harris, who hails from Dumfries, we have the immoral Techno duo that is Slam as lifelong residents of Scotland’s capitol city, Glasgow.

Was it the ashen, post-industrial cityscape of their hometown that inspired the hypnotic, rolling grooves of Slam’s most outstanding works, or perhaps even the brooding Progressive House scene that was bubbling up in the area at 1993?

Honestly, we would say it’s a little bit of both.

In fact, it would be Slam who would grace the music world with their Glasgow based imprint “Soma,” that would later go on to give us Funk D’Void’s “Diabla,” Daft Punk’s “Da Funk,” and a series of unsung hero type releases, such as “Andomraxxes” by Skintrade.

In fact, we’ll take anyone to task that wishes to say that Soma has not released some of the greatest music ever made. Coincidentally, you’ll some of these very records pop up in late-night Mark Knight sets from time to time, with “Positive Education” even making an appearance on his 2017 BBC Radio 1 Essential Mix.

In fact, when asked about this, the bossman had the following to say on one of his favourite tunes…

“Slam’s Positive Education is Scottish techno at its very finest, and one of the best techno records ever made, period. It’s from a time when techno tracks had individuality, and it remains a stone cold classic even after all these years.”

No matter how you cut it, both Glasgow and Scotland as a whole have been absolutely crucial regions for the development of House Music in the past 30 years. Though much attention is (rightfully so) bestowed onto areas like Detroit, New York, and London for their role in advancing the culture of electronic music, Scotland has carved out what we believe to be an equally important niche.

In the nightlife industry, there is something known as the “year 4 slump.” A new club will burst onto the scene, be sold out every weekend for the first few months, and (hopefully) continue to prosper while the club solidifies itself as an institution in a given region.

However, by year 4, many club owners are ready to pull the plug or, worse yet, change their format to something more commercial, as crowds migrate elsewhere.

It doesn’t matter if you’re in London, England, or Peoria, Illinois (trust us, they have nothing in common), this is a recognized trend by club owners and events brands worldwide.

This, however, just makes the case of Glasgow mainstay Sub Club even more remarkable than it already is.

Sub Club is the longest-running nightlife institution on earth, proudly opening its doors on April 1st, 1987. Legally being able to hold 410 avid clubbers, Sub Club has been home to what is indubitably a legendary lineup of talent, with Slam even being residents of the club between 1987 and 1994.

1994, however, saw two Glaswegians that remain household names to this very day, Harri & Dominic, take the reigns of Sub Club.

While today, artists like Illyus & Barrientos are now known as some of Scotland’s finest exports, it is essential to look back at those who helped to pioneer the scene there.

With Slam exiting from Sub Club in 1994 for reasons that are relegated to the pages of House Music history, a new partnership formed between current resident Harri and fellow Glaswegian Domenic Cappello. While Harri had proudly served alongside Slam as club residents, known best for their Saturday weekly, aptly titled “Atlantis,” he was also known for paying his dues throughout Glasgow as a local favorite.

Though later serving as a 5 year resident at Plastic People and subsequently touring all over the world, he would indeed begin his life’s work alongside his partner, Domenic, right here in Glasgow.

While Domenic joined up with Harri 7 years after the opening of Sub Club, it would be their joint efforts that would help to truly transform Glasgow into one of the world’s most noteworthy cities for Electronic music on earth. Coming from a background that included all things ranging from Acid House to Blues, it would be he and Harri who would collectively form “Subculture,” an event that perhaps sports the most fitting name for a weekly rave imaginable.

Harri & Domenic, as well as Subculture, continue on to this very day, although temporarily stymied by COVID-19. Still as active on the scene as one can feasibly be amid a global pandemic, the two have left massive shoes to fill for any Scottish artist attempting to make a name for themselves.

Luckily, an all-star lineup continues to emerge from the region, highlighting how Glasgow remains a breeding ground for A-class musical talent.

Denis Sulta: The Most Flamboyant Man in House

Denis Sulta is, at first glance, something of an enigma. Often coined as “subversive,” his flamboyant personality and devil may care antics have brought him accolades that few other artists can even dream of. With hair color that seems to change as often as the many genres you’ll hear in his sets, 2019 saw him launch an events brand, “Sulta Selects” at Printworks, an E.P. for Ninja Tune, and a 12-month residency on BBC Radio 1.Neither here nor there, Denis Sulta is delightfully vivacious, and for that, you could call him a true Scotsman.

The story of Jasper James is no ordinary coming of age tale. While Denis Sulta often discusses having to sneak into the club at the tender age of 17, Jasper James seems to have quite literally grown up in club culture.

You would expect nothing less when Harri (yes, that Harri) is your father.

That’s right. The legacy of Harri & Domenic lives on through Jasper James, son of the founder of Subculture and one of the first residents of Sub Club. Though under his father’s tutelage he did play his first-ever DJ set at 13, making himself the youngest to ever grace a Scottish DJ booth, he’s gone on to create a legacy that is entirely his own.

With regular appearances at Fabric, Smartbar, and The Warehouse Project, it should come as surprise that he’s landed himself at #69 on Resident Advisor’s Top 100 DJs. Jasper undeniably a rare breed of talent: the perfect combination of both nature and nurture, and the waves he continues to make both in Glasgow and in House music as a whole can attest to this fact.

However, if competing for the title of most charismatic act in the scene, we’d have to say that this title belongs to none other than our very own Illyus & Barrientos…

Illyus & Barrientos: Never, Ever “So Serious”

Fulfilling potentially every characteristic you’d expect a couple of lads from Glasgow with a penchant for all things from Disco to House to possess, Illyus & Barrientos have effectively taken the past few years by storm.

Exploding into global prominence with their 2018 hit “So Serious” and subsequently joining the Toolroom family as resident artists, the duo continues to dazzle audiences worldwide to this very day. Whether it be “taps off” during a D.J. set (Scottish for going shirtless) or being the very last ones to leave the after party, these two have built up quite a reputation for themselves as the raucous Scottish hometown heroes they were born to be.

Scotsman or not, however, some choose a more understated approach to both music and life in general. It’s these people who, while they may be less gregarious than their peers, often let the music speak for itself.

And this, my friends, is exactly what we find in the latest addition to the Toolroom roster, K.C. Lights.

K.C. Lights is perhaps one of the most exciting producers to have emerged in the past five years. Coming up under none other than Detroit’s very own Mark Kinchen, records from K.C. Lights contain an air of musicality that’s lost amongst many producers today. Perhaps it is his roots as a multi-instrumentalist that are at work here, or maybe it’s just growing up in and around Glasgow that’s done it for him.

Either way, the past few years have been something of a whirlwind for the young artist, who already has what looks like an accomplished career under his belt at 29 years of age.

2020 sees the release of his latest smasher, “Girl,” an anthemic, feel-good synth-driven jam that’s sure to be lighting up live streams and radio sets for the remainder of 2020. Sure to become a quintessential set-closer, “Girl” harkens back a few years with a nostalgically low-pitched, soulful vocal chop that effortlessly sits atop a mountain of Tech House percussion and plucky synth stabs.

There’s no denying that K.C. Lights is standing on the shadows of giants as yet another artist to come out of Glasgow, but with tunes like “Girl,” he’s sure to be another one of the scene’s most revered acts for many years to come.

Scotland is a place that’s absolutely packed to the brim with unique local culture that transcends the homogeny of simply being “U.K.” And, best of all, this is a trend that absolutely trickles down to its music scene.

Subsequently, Glasgow has been the birthplace of some of the world’s most influential artists, labels, and clubs. And, who knows, with the grit and persistence that Scotland’s most en-vogue continues to show, Glasgow will remain a bona fide destination of House music for generations to come. 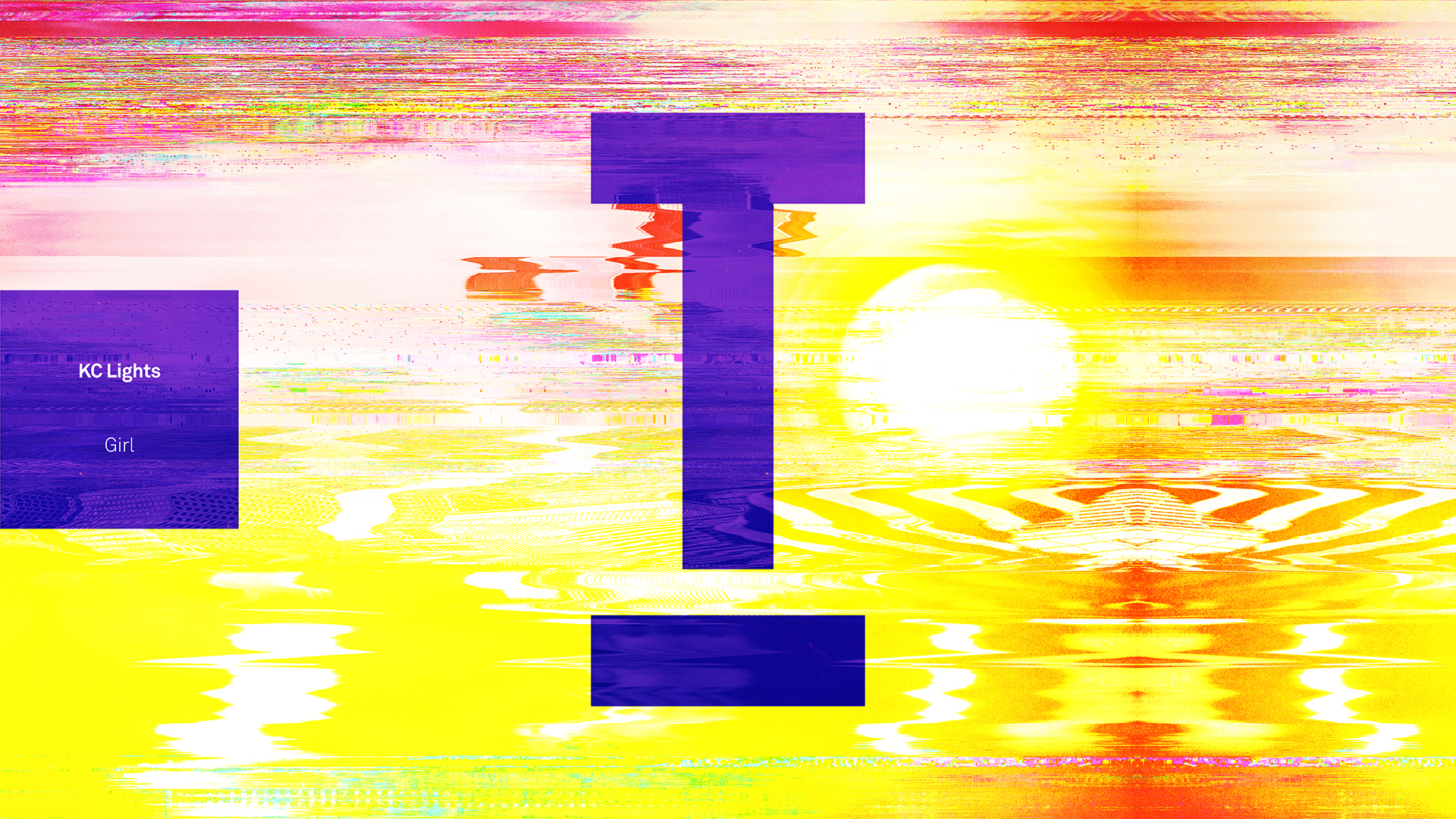